A man has today been jailed for five years for an “horrific” historical sexual assault which left his victim “living with this for the past 33 years, not knowing who her attacker was”.

Raymond Ellis, now of Eastville in Bristol but then of Sheffield, assaulted a 17-year-old girl more than 30 years ago. Today, he was sentenced to five years in prison at Bristol Crown Court having been found guilty of Indecent Assault.

At 11.50pm on 15 March 1987, the victim was approaching her home address after a night out with friends when she became aware of someone behind her. She began running but one of her shoes came off. She saw her pursuer pick it up and was struck on the head, grabbed and dragged along a nearby passage towards Earl Marshall School Fields, at the rear of Skinnerthorpe Road in Sheffield.

The attacker removed an item of her clothing which he used to tie her feet together and forced her to perform a sexual act. He then made her lay face down and fled. The victim was then able to flee to a nearby telephone box where she called police.

Despite an extensive investigation involving many forensic submissions, her attacker was never traced.

But due to advancements in forensic science, further forensic submissions were made which resulted in a match to Ellis. A mixed DNA profile was obtained from the outer sleeve of the victim’s leather jacket she was wearing at the time. 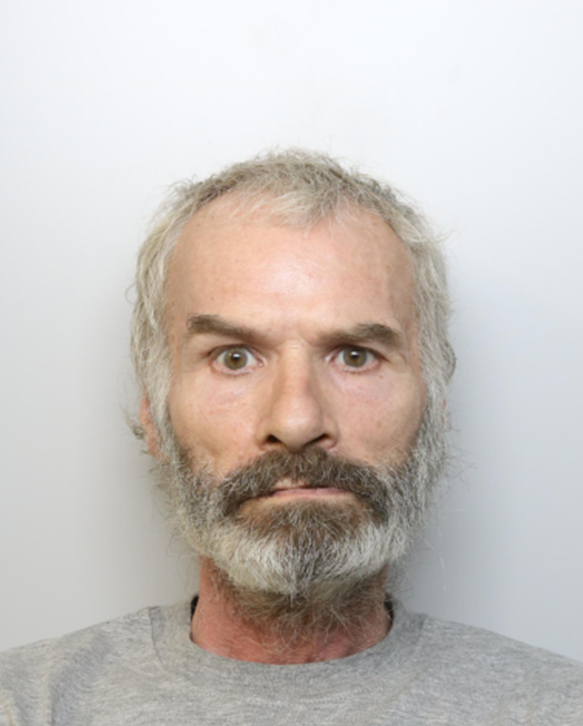 On 27 August 2019, Ellis was arrested in Bristol and was interviewed about this offence. He made a pre-prepared statement claiming memory loss due to a brain injury sustained in 1997 when he was attacked with pick axe handles by poachers on a salmon farm in Scotland. He made no comment to any questions including where he was at that time. A new DNA swab was obtained from him which provided a match with the old retained crime stain, leaving officers in no doubt that they had found the right man.

South Yorkshire Police’s Dave Stopford, Head of the Major Incident Review Team, said: “This was a horrific attack on a 17-year-old girl as she made her way home from a night out.

“She was followed by Ellis, who was 28 at the time of the offence. He chased her and dragged her down a more secluded passageway where he seriously sexually assaulted her. The victim has had to live with this for the past 33 years not knowing who her attacker was.

“We thank the victim for her patience and resilience during this difficult investigation in which she had to re-live a traumatic incident. She has shown immense courage, patience and trust in us to do so.

“The attack has significantly impacted on her life ever since. This conviction today has provided some closure to the victim, but continues to have serious consequences for her. Ellis was obviously surprised when he was arrested for this offence, having thought that he had evaded being caught. The reinvestigation using scientific techniques that were not available in 1987 should send out a message that anyone who has committed such offences is never safe from prosecution.

“The review team at South Yorkshire Police prioritise undetected historic sexual offences and are currently reviewing hundreds of cases. Investigating Officer Rachel Morton has been tenacious in achieving this detection, which due to its historic nature has been complex. I would also like to thank the scientists involved, whose work is invaluable in these historic cases, and without them this perpetrator may never have been brought to justice for this crime.”