A prisoner has been sentenced to 30 months behind bars after admitting throwing a mix of faeces and urine at a prison officer.

Levi Washington Farrier, 29, threw the bottle filled with the vile mixture in the face of the officer at HMP Doncaster on 5 January this year.

Sheffield Crown Court heard that the officer was on duty, supervising prisoners as they left their cells to head to the exercise yard.

When he was told that he could not go to the yard due to an earlier breach of rules, Farrier tipped the contents of the bottle onto the officers head.

Farrier than refilled the bottle with liquid and threw it at the officer again.

Farrier admitted administering a noxious substance, and was sentenced at Sheffield Crown Court on Monday 4 October.

He also admitted to three counts of criminal damage from December 2020.

He was sentenced to a total of 30 months in prison.

Detective Sergeant Paul Hiscock, from SYP’s Prison Crime Unit, said: “This was a disgusting incident, which saw a prison officer assaulted as she was doing her job.

“I am pleased the sentence handed down by the court reflects the seriousness of the offence, and illustrates that this sort of vile behaviour will not be tolerated.”

John Hewitson, Serco Prison Director at HMP Doncaster said: “We do not tolerate this kind of revolting behaviour.  It is completely unacceptable and we have worked closely with South Yorkshire Police to support their prosecution. We will always do everything we can to support our officers, who carry out a challenging role in looking after the prisoners.” 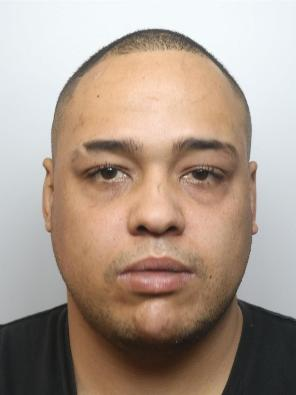