Our latest four-legged recruits are being unleashed on the streets of South Yorkshire as they graduate police dog school- Everyone say hello to Police Dogs Luna, Bill, Hudson and Vespa!

The dogs are the latest newcomers to join our Operational Support Unit after completing their 13 week introduction course.

The four dogs and two new handlers join our existing team of 12 dog handlers who provide support to everyday policing and operations across the force.

Introducing the dogs and their handlers

PD Luna has been paired up with PC Aris after his previous partner PD Bear took early retirement, and the duo are already showing great promise following their first weeks together.

PC Aris said: “Luna is a four-year-old Malinois who is trained as a general purpose dog, which means she can assist in apprehending offenders, tracking suspects as well as finding missing people and locating property in searches.

“She transferred from Northamptonshire Police and has already shown she is a skilled dog.

“She is a lovely dog and has settled into home life and work life well. She is getting along well with retired PD Bear and is already becoming part of the family.”

PD Davidson is new to the Operational Support Team. After always wanting to be a dog handler, he transferred from Doncaster’s Fortify Team as soon as the opportunity arisen.

PC Davidson explains more why he wanted to become a dog handler, he said: “I grew up around dogs, my dad used to train dogs for shows and I think that’s where my love of animals started.”

PC Davidson said he is mostly looking forward to having a partner by his side, he added: “I am excited to see what we can achieve, he’s my partner and we’re now a team.”

PD Hudson is an 18 month-old German Shepherd and has been paired with PC Whittle after he transferred from our Barnsley district.

PC Whittle explains more about why he transferred, he said: “I joined SYP in 2003 and have worked as a response officer in Eccelessfield and more recently Barnsley.

“I have dogs at home and as soon as the opportunity came up, I jumped at the chance, I have always wanted to be a dog handler.

“Me and Hudson have bonded well, he’s a lovely dog and has a great temperament. He is laid back but he’s extremely switched on when it comes to work.
“He has settled in well to family life and I am looking forward to what our pairing brings.”

PD Vespa and his handler PC Wassell passed their course last month and have already been an asset to policing across our area.

PC Wassell said: “Vespa is a 2 year-old Belguim Malinois, she is the sister to three dogs within our force, but is special due to her colouring being all black.

“We have been paired together since February. She has an amazing temperament, beautifully natured dog and is very affectionate.

“We have been getting along great.”

PC Garry Bernes, a dog handler at OSU is also a qualified instructor and has put PD Bill and PD Hudson through their paces over the past few months.

Commenting on the dogs and handlers performance, he said: “This is the first Initial course I have taken, it has been hard work and at times stressful, but also very enjoyable.

“It has been very rewarding to see Dave and Terry building the bond with their dogs, week on week, and both have put in maximum effort throughout.

“I am really pleased with how the dogs have developed and I have no doubts that both will go on to do well as operational patrol dogs.

“I wish all our new dog handlers the very best of luck and can’t wait to see the results come in.” 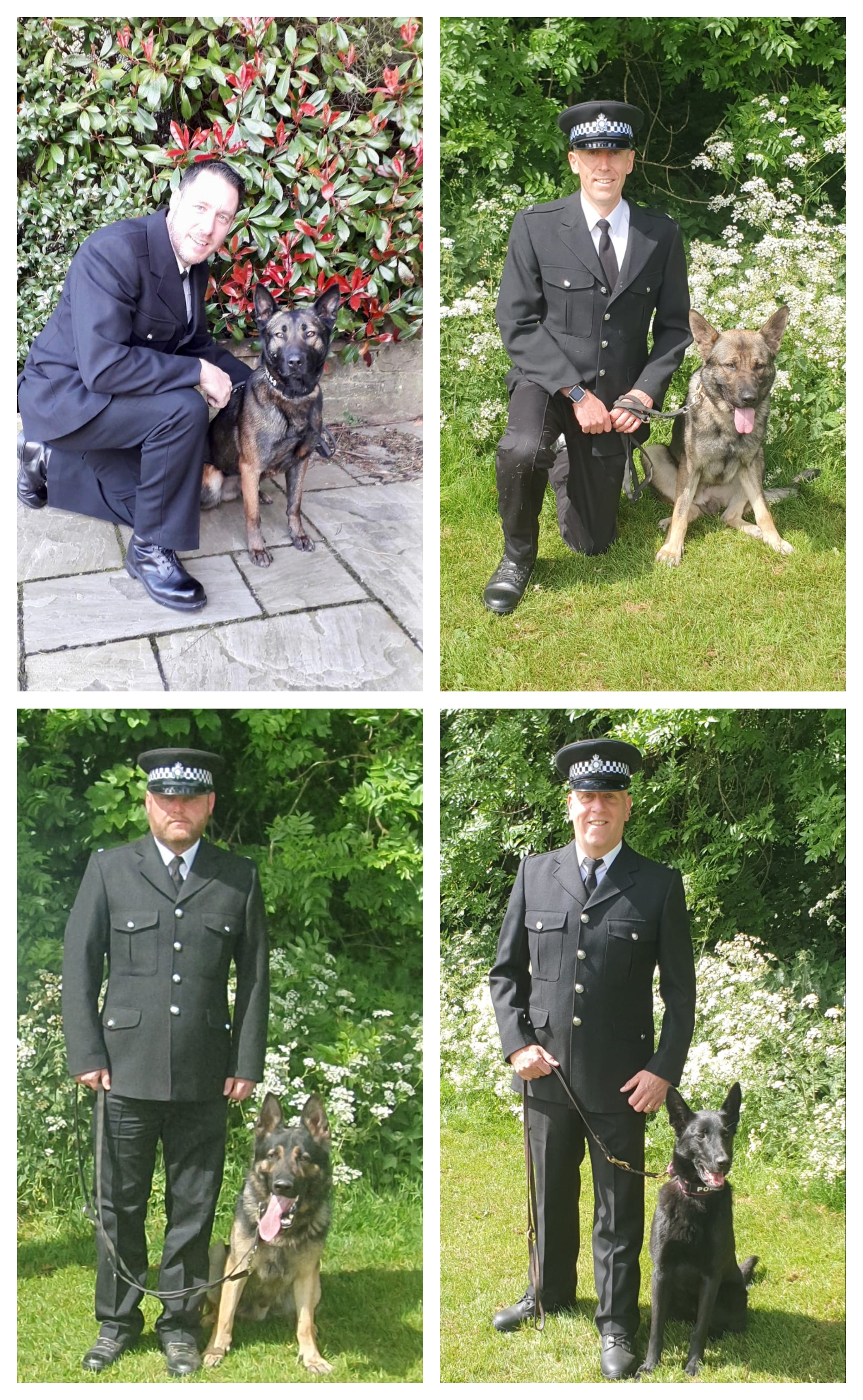