A man who failed to stop for officers and reached speeds of almost 100mph has been sentenced to over a year behind bars.

Benjamin Taylor, 20, of no fixed abode has appeared at Sheffield Crown Court following charges of dangerous driving after he failed to stop last month (May 2020).

Officers requested Taylor, who was driving a blue Volkswagen Golf to pull over on Ecclesfield Road in Sheffield at around midday on Thursday 21 May. Taylor failed to stop and a pursuit commenced through Sheffield.

During the pursuit, Taylor reached speeds of 99mph in busy, built up areas, driving on the wrong side of the road, through red lights and into oncoming traffic.

Traffic officers had to make the decision to stop the pursuit due to the safety of the public.

Roads Policing Officer Andy Hewitt explains more, he said: “When we engage in a pursuit, there are a number of risks we have to consider. We are constantly making decisions throughout the pursuit, such as the levels of traffic, the amount of pedestrians, the time of day with specific considerations to schools and the level of risk the driver is taking.

“We also have to ensure that it is justified, therefore we review the seriousness and nature of the offence or the intelligence we may have around the suspects.

“The pursuit with Taylor was abandoned because of the risks he was taking and the level of danger to the public. When we stand down from a pursuit, it does not end there. We have intelligence on that vehicle and driver, evidence from our dash cams and a reason to believe criminal activity has taken place.”

Following the pursuit, Taylor’s car was found abandoned on The Crofts. Officers searched the area and Taylor was located and arrested on suspicion of dangerous drivers.
PC Hewitt added: “The pursuit is not the end of our activity. We will find you and we will put you before the courts.”

Taylor was sentenced last week (17 June) to 64 weeks in prison. He was also ordered to pay a victim surcharge upon his release. 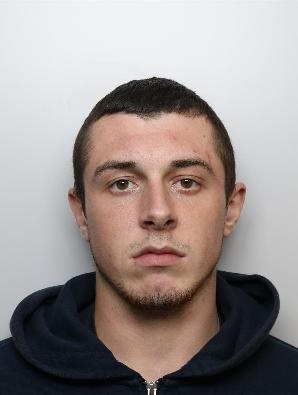