A Sheffield security guard has appeared before court after attacking two men, who had been on a night out at the venue he worked at.

James Thomson, 37, assaulted his victims in the car park of Owlerton Stadium in January last year, leaving one of his victims with a fractured skull and a bleed on the brain.

DC Thomas Ryan, investigating, said: “These two men, both in their 20s, were leaving Owlerton Stadium after a night out with their friends. When leaving the venue, they were subjected to a violent assault by Thomson, which was fully captured on CCTV in the car park.

“The pair admitted they had been drinking that night; they were vulnerable and instead of looking after them and exercising his duty of care, Thomson assaulted them. Witnesses and CCTV show he was the aggressor, confronting them as they left the stadium and punching them both in their faces.

“One of the men suffered two skull fractures and a bleed on the brain, including significant swelling, all he can remember from the night is waking up in hospital.

“The second victim, suffered bruising and cuts to his face, jaw and neck.”

Witnesses told officers of their horror as a man who his meant to ensure the safety of the public, launched a violent attack in front of them.
“I am pleased that we were able to bring Thomson before the courts.” 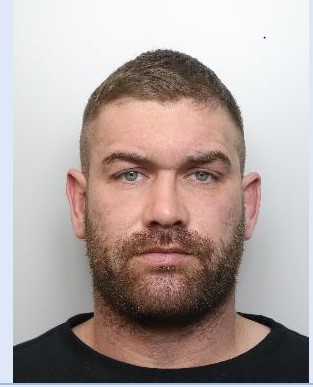