Two members of the public have been commended for their actions and bravery after saving a woman’s life in Sheffield.

Yesterday (10 July), Paul Harrison, 38, a teacher from Sheffield and Vantu Constantin Cornel, 25, from Romania attended the Operational Support Unit to be presented a superintendent’s commendation for saving the life of suicidal woman in Sheffield.

On 9 June, firearms officers were dispatched to reports of a woman on the bridge of the Sheffield Parkway.

Upon officers’ arrival, the woman was dangling off the edge, but being held by two members of the public, by her wrists. The woman was actively trying to escape their hold so she would fall, desperately wanting to end her life.

Superintendent Paul McCurry who presented the award said: “Firearms officers said it was clear, that upon arrival, the men were the only thing that had prevented the woman from going over the side and onto the road below.

“Officers quickly pulled the woman back over the railings to safety and were able to ensure she got the help she needed.”

Mr Harrison said he was out running when he noticed the woman on the wrong side of the railings. He said: “I instantly went over to help, and Vanta was quickly behind me.

“We grabbed the woman, held on to her tightly and within minutes we thankfully heard police sirens.”

Sheffield CCTV operators captured the incident and were able to alert our Force’s control room. Officers were dispatched immediately.

Supt McCurry added: “Officers are often faced with challenging situations, the public’s support does not go unrecognised and it is great to see commendable citizenship within our communities.”

“This is an incredibly proud moment to recognise the efforts of members of the public who no doubly saved the life of a woman who was in distress.
“It is important  your actions are recognised and I commend you for your bravery.” 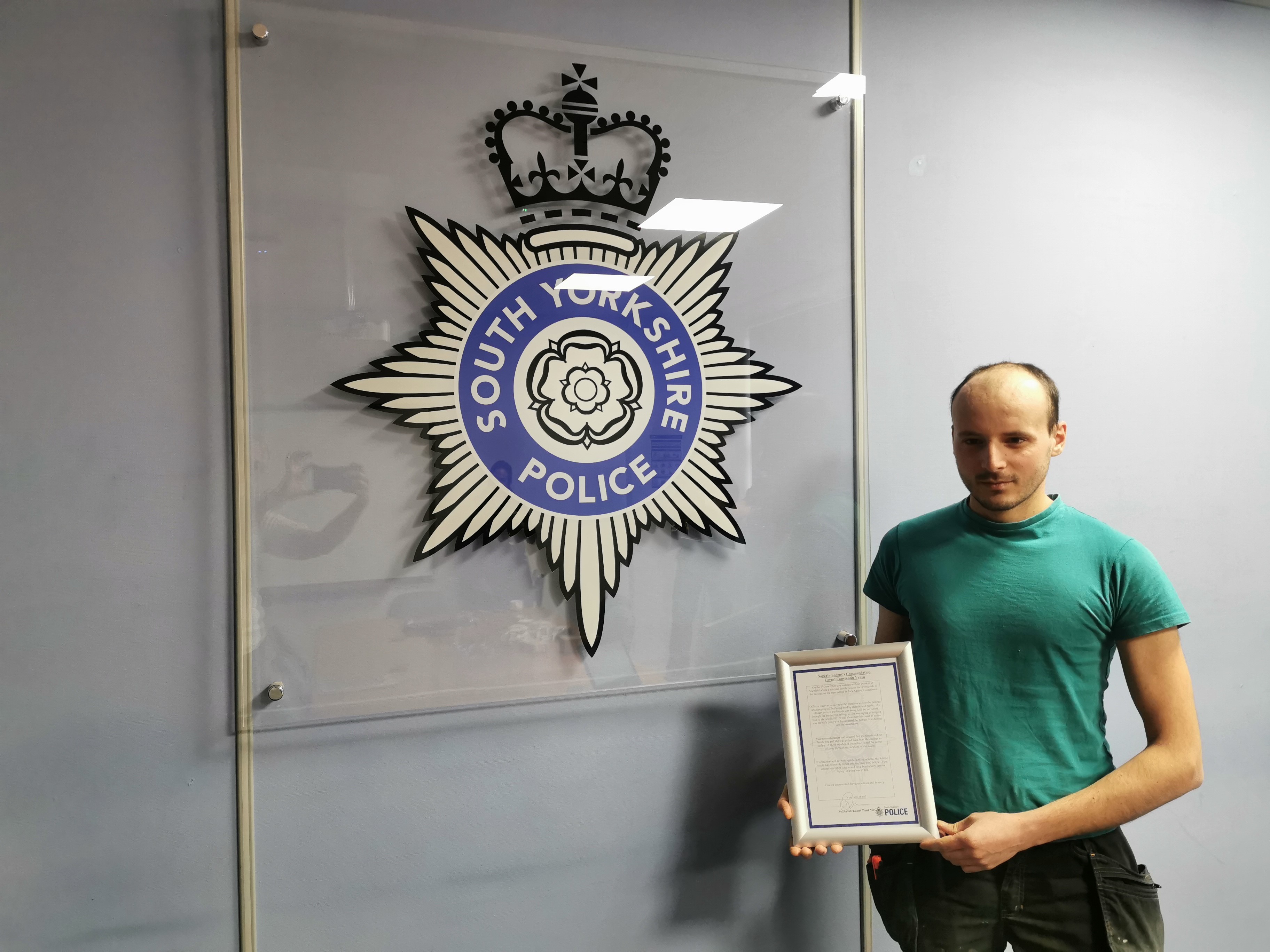