A thug who assaulted an elderly man on multiple occasions in his own home is now serving time behind bars.

John Taylor, 35, of Chequer Avenue, Doncaster has appeared before Sheffield Crown Court after being charged with two counts of causing actual bodily harm and criminal damage.

On Thursday 13 February, the victim, an elderly man known to Taylor was at home when he was awoken by Taylor smashing his door. Taylor gained access to the house and started causing damage to his property and assaulting him.

Taylor threw pint glasses at the victim, who sustained injuries to his chest and face.

The court heard yesterday (2 July) how Taylor attended the address again two days later on Saturday 15 February and assaulted the victim again, this time with a bat.

Investigating Officer Detective Inspector Simon Leake explains more about the attack, he said: “This was an horrendous attack on an elderley gentleman, that left him with multiple injuries.

“Witnesses to the assault described Taylor as hitting the victimm with a bat, swearing at him and also biting his nose. This is disgusting behaviour.

“The victim suffered multiple facial injuries, including a black eye, and injuries to both of his hands where he attempted to defend himself. The attacks also left bruising on his legs and arms which required hospital treatment.

“Following the assaults, officers searched the area and conducted enquiries including reviewing CCTV footage. We were able to link Taylor to the address and also located the weapon used close by. He was subsequently charged and brought before the courts.

“I would like to commend the victim on his bravery to ensure that Taylor was brought before a judge.”

Yesterday (2 July) Taylor appeared before Sheffield Crown Court and was sentenced to 12 months in prison. He was also given a five year restraining order. 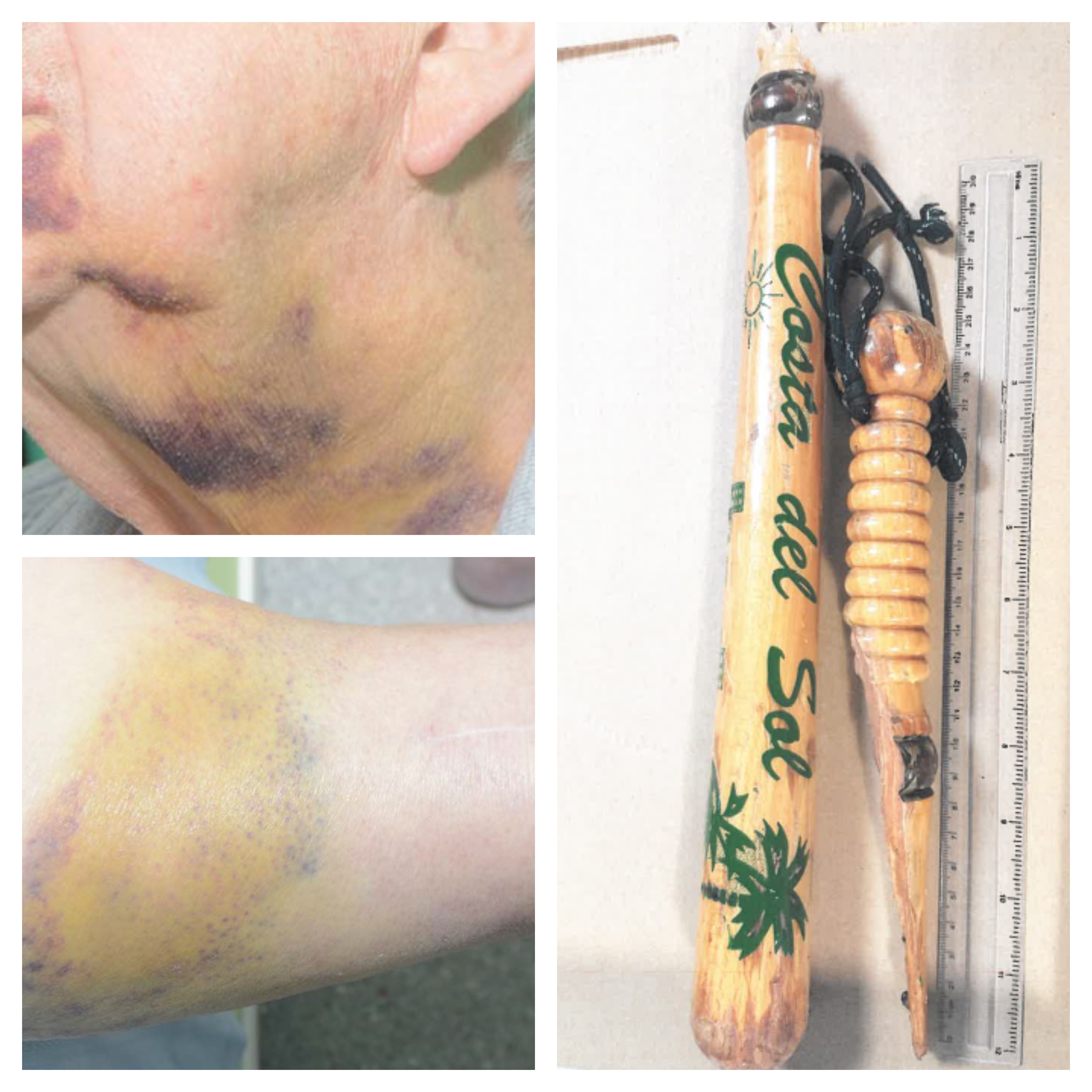 Injuries sustained and the weapon used by Taylor