SYP’s Police Dog Winston put his nose to the test as he assisted officers in executing warrants at two properties in Sheffield.

PD Winston is trained to search for firearms, cash and weapons, and during the warrants last Wednesday (22 April) sniffed out two firearms.
As officers searched the properties on Preston Street, PD Winston and his handler PC Schofield were deployed to search the back garden.
PC Schofield said: “As we set out to search the joint garden of the properties, PD Winston indicated towards an area of shrubs against the back wall, furthest from the building.
“Upon moving some shrubs I saw Winston was indicating to a green plastic bag buried underneath the foliage. This was a sawn-off shotgun wrapped tightly in plastic bags.”
As PC Schofield and PD Winston continued their search of the land, PD Winston again indicated on a black plastic bag buried in the shrubs, approximately two meters away from his first find.
Upon examination this was revealed to be another firearm, again wrapped tightly in several plastic bags.
Both of the weapons were taken for forensic examination.
PC Schofield added: “This type of find shows how a dog’s nose is an asset in policing. A search by an officer of the area would have taken a lot longer and could have been resource intensive.
“These were great finds for PD Winston.”
You can follow the work of our dogs and handlers on the SYP Operational Support social media pages. 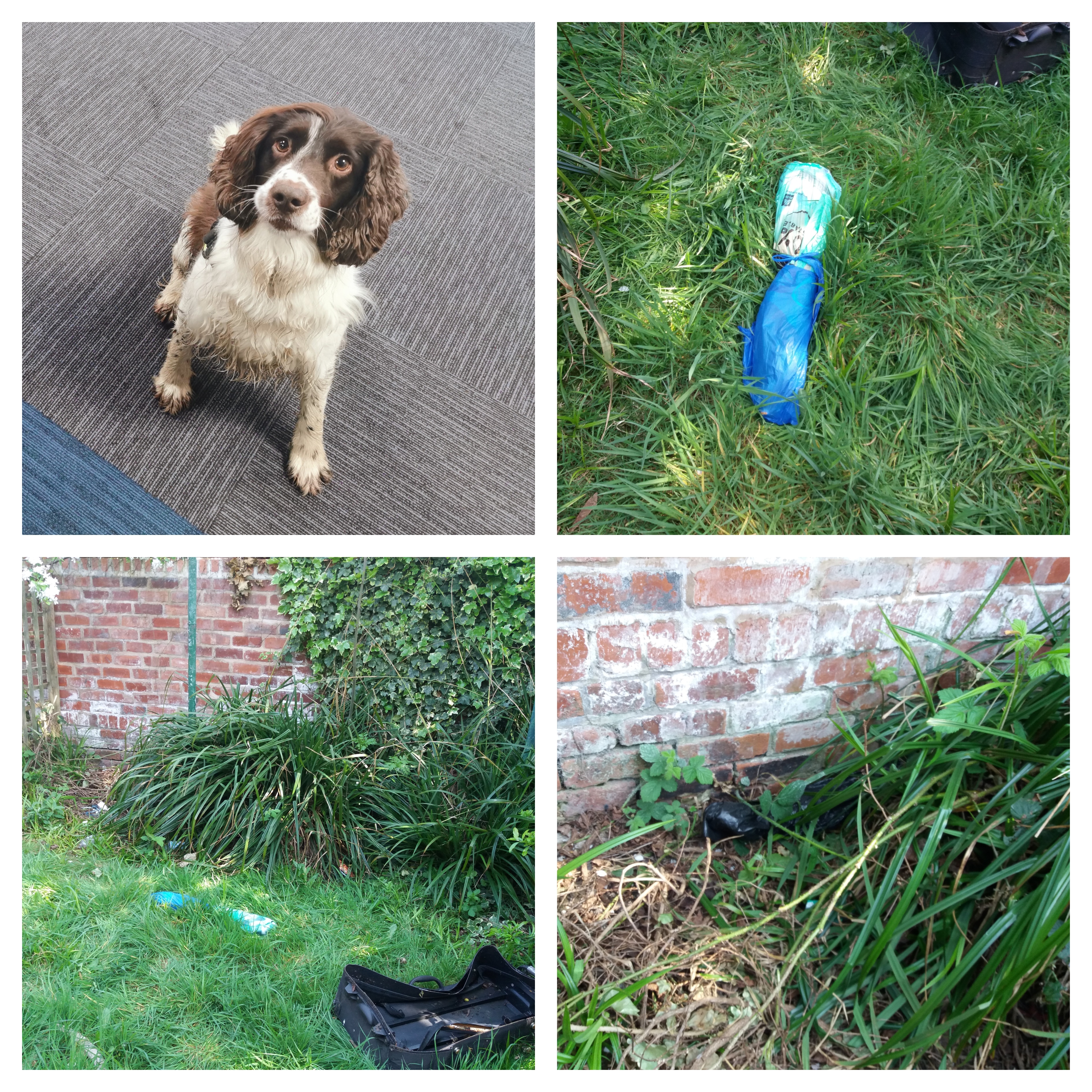