As our traffic officers continue their work throughout Covid-19, here is an insight in to their 12 hour-shift on Monday night (27 April), which was filled with three fail-to-stops.

Our day shift traffic officers are deployed to educational road checkpoints and tasked with patrolling the hot spot areas. However, they are also there to protect you and intercept those who use our road network to commit crime - and that is exactly what took up their time on Monday.

At around 8.40pm, two incidents came in within a minute of each other, with both requiring officers to respond.

The first incident was reports of a Heavy Goods Vehicle crossing lanes on the A1 northbound. After turning southbound, officers stopped the vehicle and the driver, who was believed to be intoxicated, was arrested on suspicion of failing to provide a roadside breath test.

At the same time, over in Barnsley, we located a Volkswagen Jetta believed to have been stolen during a burglary in Doncaster. The driver of the vehicle fled the scene as officers approached. The vehicle’s passenger was arrested and enquiries are continuing.

As officers continued their patrols across the county, they came across a Vauxhall Corsa. The driver failed to stop for officers and a pursuit began. The vehicle was later found parked up and was recovered. A man was later arrested on suspicion of driving while disqualified and driving offences.

Later in the evening, officers came across another driver in Armthorpe, Doncaster, who had failed to stop for firearms officers earlier in the afternoon. Failing to stop again for traffic officers, another pursuit commenced. Officers deployed a stop stick (an inflatable device used to deflate tyres and impede or stop the movement of vehicles) and the Audi A5 came to halt.

After stopping, the driver decided to run from officers. After a short foot chase, a 32-year-old man was arrested on suspicion of failing to stop and dangerous driving, and for driving offences.

As the sun began to rise on Tuesday morning, the team had another fail to stop. A Mercedes C Class failed to stop between Stainforth and Fishlake in Doncaster. The driver eventually stopped after colliding with a hedge. A 38-year-old man was arrested on suspicion of dangerous driving, failing to stop and driving without insurance.

Superintendent Paul McCurry, from our Operational Support Unit, said: “The role of a traffic officer is varied, and although specially trained in advanced driving and additional skills, they are teams of hardworking, productive, passionate and creative officers.

“Each one of them works exceptionally well as a leader, but when they come together to track down criminals they are second to none in their work. I am really proud to have them keeping our communities safe across South Yorkshire.” 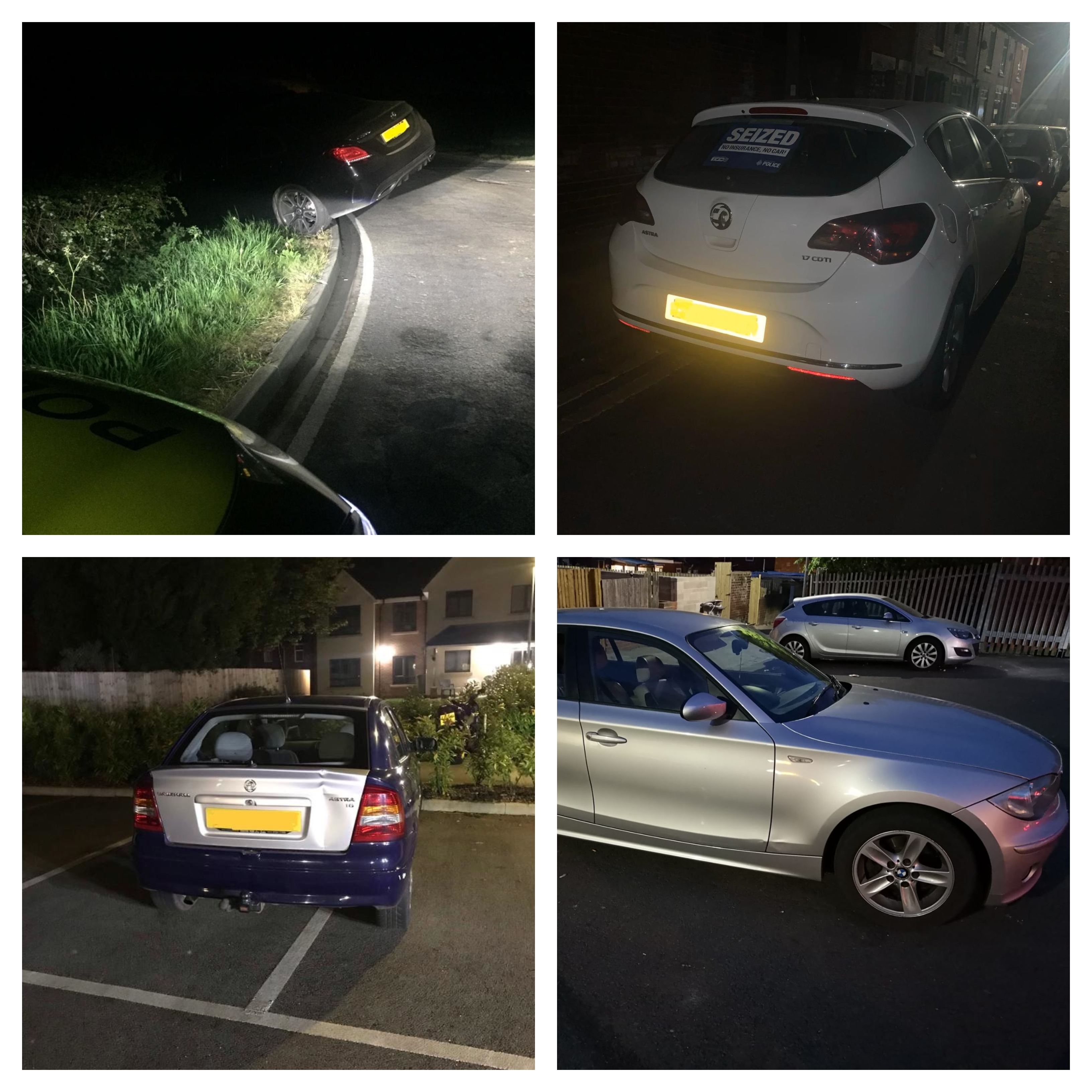