Police in South Yorkshire have issued a warning to illegal motorists that our traffic officers are still patrolling the county’s roads and anyone driving illegally, or travelling with the intent of committing crime, will be caught.

While communities come together and support each other in the fight against Covid-19, the quieter roads have given roads policing officers a unique opportunity in making those driving illegally much easier to spot.

After a weekend of vehicle seizures, pursuits and disrupting criminality, Roads Policing Inspector Jason Booth reminds people: “We are still out there, we are still patrolling, and we will catch you.”

Insp Booth added: “The roads are much quieter at the moment, as people stay at home in order to keep themselves and others safe.

“Unfortunately, a small minority are using the current situation as a way to exploit the law, or use the road network to commit crime.

“This is a reminder to criminals, with less cars are on the road, there is a much higher chance of you being caught. We will do everything in our power to bring you before the courts.”

Over the weekend the Roads Policing Group (RPG) have been working relentlessly to ensure that the roads are safe, and those who are committing crimes against our communities are stopped.

Saturday night saw another busy shift for officers; one car was recovered after being stolen from a burglary in Doncaster the night before, and four more cars were seized for having no insurance.

A BMW also failed to stop for officers and a short pursuit commenced before the driver collided with bushes in Doncaster.

Sunday did not offer any relief for officers, their 12-hour shift was soon filled with another two fail to stops- a Peugeot, and a BMW both believed to have been being driven on stolen plates.

Insp Booth added: “My officers are working hard in what are already challenging circumstances.

“The RPG team is passionate about ensuring road safety and stopping those who use the road network to commit crimes.

“Last year we seized over a 1000 cars for having no insurance. Those that are willing to drive without insurance are often drivers who are willing to commit more serious crimes and pose a risk to our communities.”

RPG officers continue to carry out educational road checkpoints across South Yorkshire and remind drivers to consider their reasons for travel. If you are asked to stop and speak to drivers, please be truthful, we are there to assist and guide you.

Please remember we are there to protect you, we are all in this together and we all want to keep each other, and our wider communities safe. 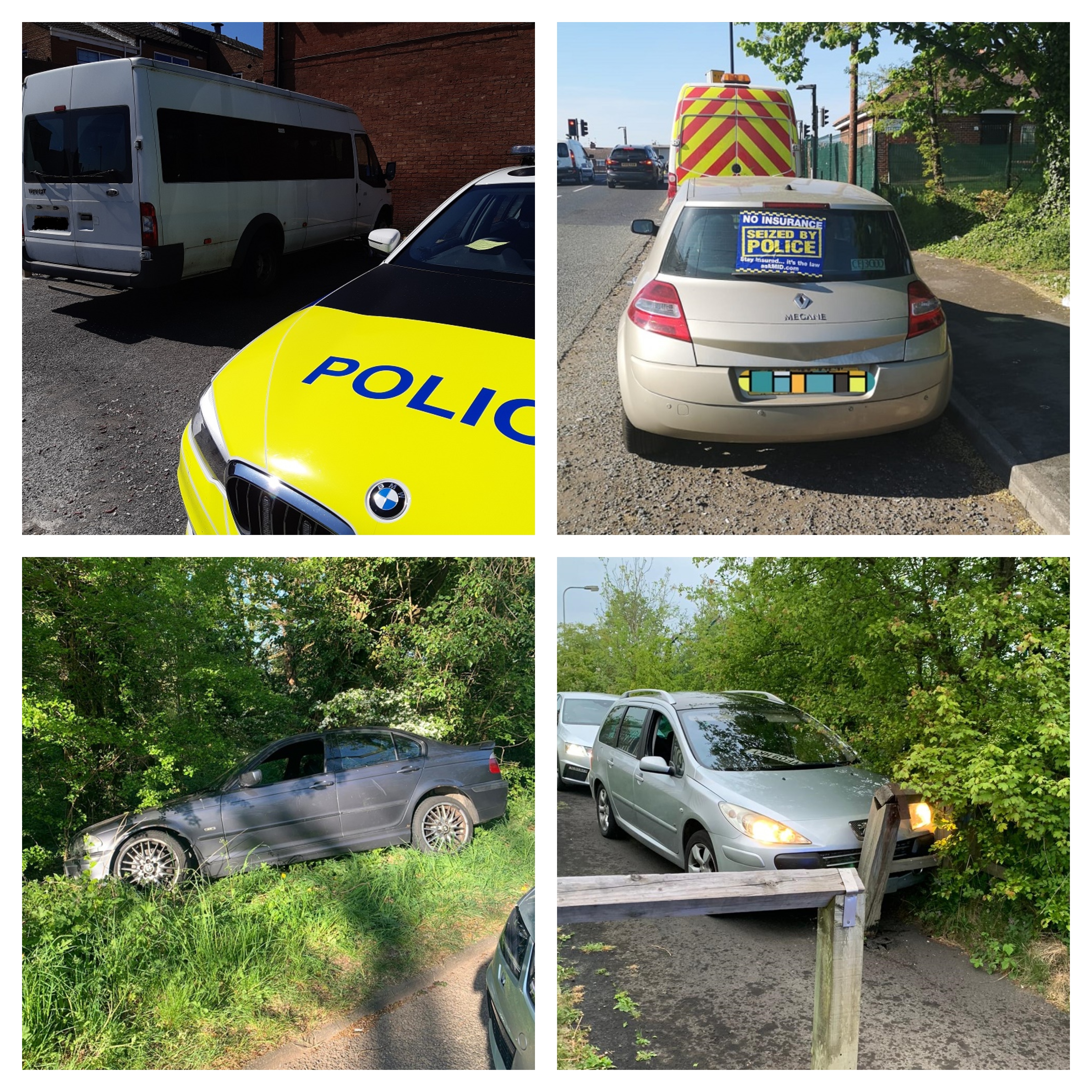